2023 Kickoff: are you coming on Tuesday?

Because of your work in 2022 to fight for decent work, we are raising the floor for all workers and setting the stage for the year ahead.

Here's a quick snapshot of some of what we've accomplished together:

We are winning tangible improvements to employment standards while also building worker power in communities across Ontario and from coast to coast. Over the last year:

For all of these reasons and so much more, we know that 2023 will be an essential year for the movement for decent work. We have a real opportunity to win permanent resident status for all and see overdue improvements to Employment Insurance. We are also seeing widespread support for our demands for 10 permanent employer-paid sick days, a $20 minimum wage, an end to misclassification, equal pay for equal work, and so much more.

Our next online organizing meeting, co-sponsored by the Ontario Federation of Labour, is on Tuesday, January 17, at 7:00 pm. We'll strategize the next steps to win decent work and wages for all. 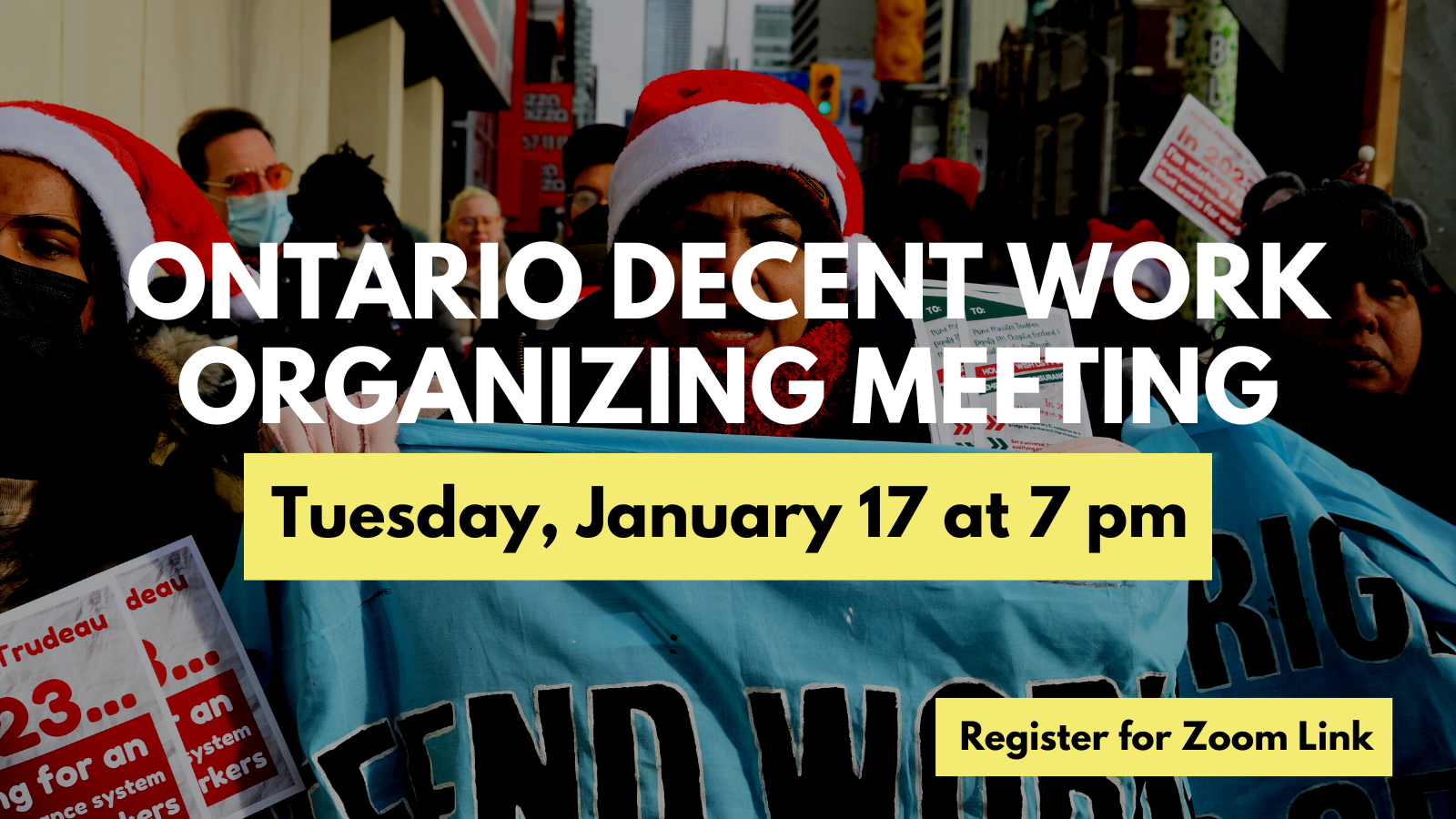 Join Justice for Workers (Hamilton) for an evening to celebrate an amazing year of organizing, growth and some incredible wins!

This event will be hybrid (both in-person and online).

Snacks will be provided, all are welcome.

Justice for Workers Guelph has really stepped up and we would love to see you at the 1st anniversary celebration which is taking place on Sunday, January 29 at 3-6 PM at 42 Carden Street (fourth floor). Join Justice for Workers (Guelph) for an inspiring discussion, followed by food and entertainment.

Mark your calendars and tell everyone you know: the Justice for Workers Provincial Strategy Meeting is from Friday, February 24 to Sunday, February 26 in Toronto!

This in-person organizing meeting brings workers from across the province to learn from one another and plan the campaign's next steps.

Hope to see you at our first meeting of the year!