Four truck drivers - Gurmukh, Dharamjot, Karandip, and Parbat - have been fighting for justice since leaving their jobs with Cargo County Group.

Workers have faced wage theft, illegal deductions and other violations of the law and together, these four workers are owed well over $70,000 in unpaid wages.

Cargo County needs to change their business practice of misclassifying workers to increase their profits. Cargo County still refuses to abide by the decision of the Ministry of Labour that the workers are employees and owed basic rights. Cargo County is now using loopholes in the law to stall, exhaust the workers, and avoid their responsibilities to pay the stolen wages.

But these brave workers are standing strong. They have rightly used all the proper legal channels to get justice. When the Ministry of Labour finally ordered Cargo County to pay the stolen wages, Gurmukh and Dharamjot thought their struggle was finally over.

Still - Cargo County refuses to pay what they owe!

But these brave workers are standing strong. In making complaints, they used all the proper legal channels to get justice.

When the Ministry of Labour finally ordered Cargo County to pay the stolen wages, Gurmukh and Dharamjot thought their struggle was finally over. But Cargo County still won’t pay the money they owe.

That’s why, after years of fighting for their hard-earned wages, the workers have been left with no other choice than to organize a public campaign calling attention to the actions of Cargo County.

Since Gurmukh, Dharamjot, Karandip, and Parbat launched the public campaign, more truck drivers have come forward with their own experiences of misclassification, illegal deductions and wage theft.

Cargo County has now launched a $17 million dollar lawsuit against the workers who are simply asking to be paid the wages they are entitled to.

We are shocked by the intimidation and retaliatory behaviour of Cargo County. These kinds of SLAPP lawsuits (Strategic Lawsuit Against Public Participation) are designed to silence workers who dare to stand up for their rights. But we won't let Cargo County get away with it! 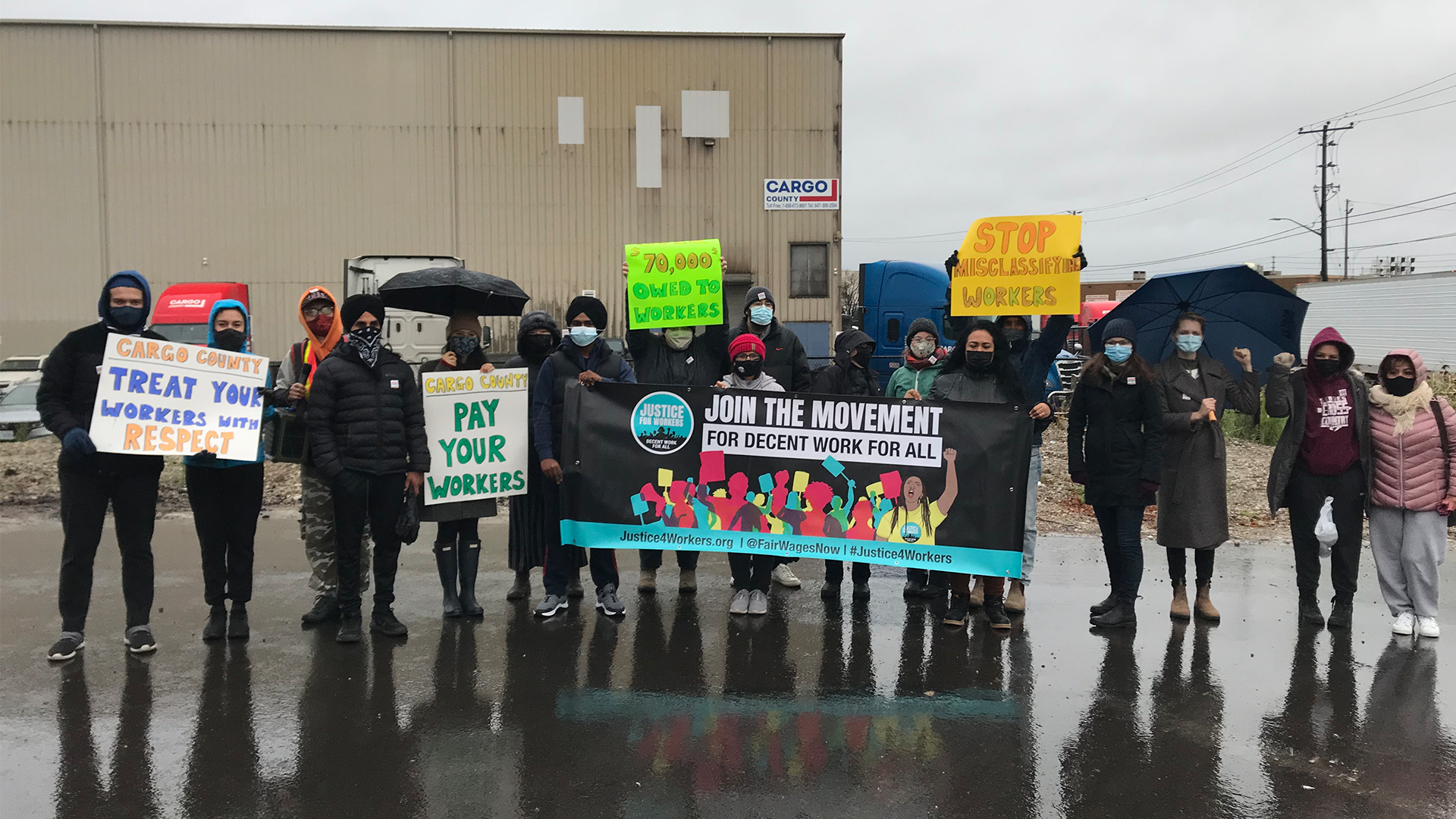 How can you support truck drivers at Cargo County?

Spread the word about the wage theft at Cargo County

Tell them they must stop making illegal deductions and stop misclassifying workers as “independent contractors” or “self-employed.”

Tell the federal Minister of Labour to protect workers!

Tell the Minister to:

Call the Federal Minister of Labour: