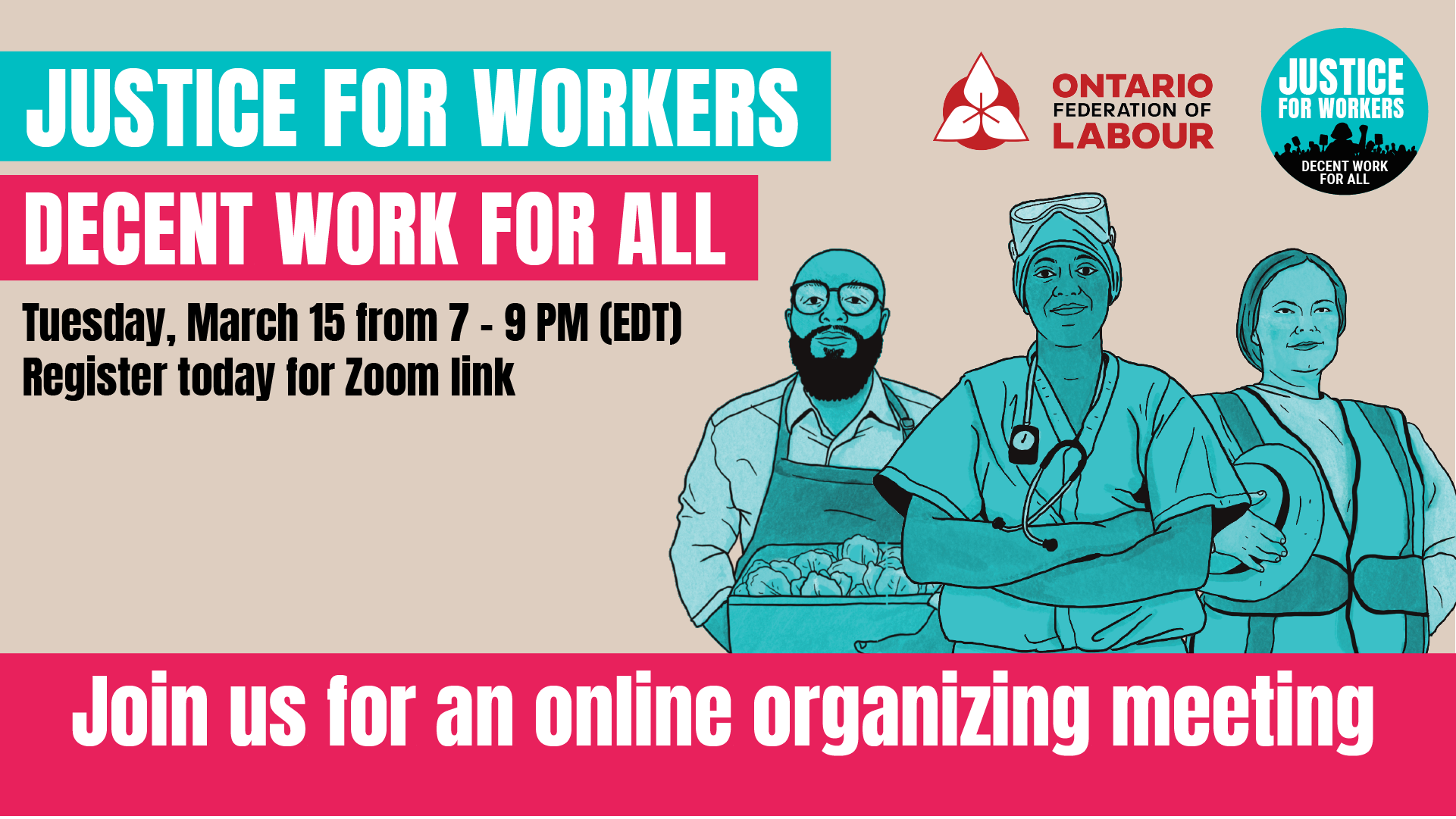 This meeting will be held online using Zoom. There will be ASL and live captions provided in English. Please RSVP using the form below to receive a link to join the meeting.

To date, no level of government has implemented meaningful sick day legislation. Join this group led by health providers in the Decent Work and Health Network to organize next steps in the fight for at least 10 permanent, employer-paid sick days for all.

Justice for injured workers and workplace health and safety

For too long, injured workers have been denied justice. Instead, we have to fight the very government bodies that are supposed to protect us. At the same time, public and private sector workers continue to face working conditions that fail to protect us from COVID. Join this group to plan next steps to demand safe and healthy work for all of us and to ensure injured workers are treated fairly.

Without adequate staffing, wages and safe working conditions, our children won’t get the care and learning resources they deserve. Meanwhile, Ontario is the only province that has not signed a $10/day child care agreement with the federal government. Join this breakout group to take action toward making real changes in Ontario’s childcare.

Corporate lobbyists are working hand-in-hand with Ontario's Conservative government to pass legislation to make it legal for companies to misclassify us and take away our basic entitlements such as minimum wage and Employment Insurance. Join this breakout group to fight to end misclassification and stop the exploitation of gig workers.

With parliament back in session and a federal budget around the corner, it’s time to turn up the heat on our federal members of parliament. Join this group to plan the next steps in the fight for decent federal income support, to fix Employment Insurance, for full immigration status for all, and for solidarity with Indigenous communities.

Climate justice must mean decent work for all