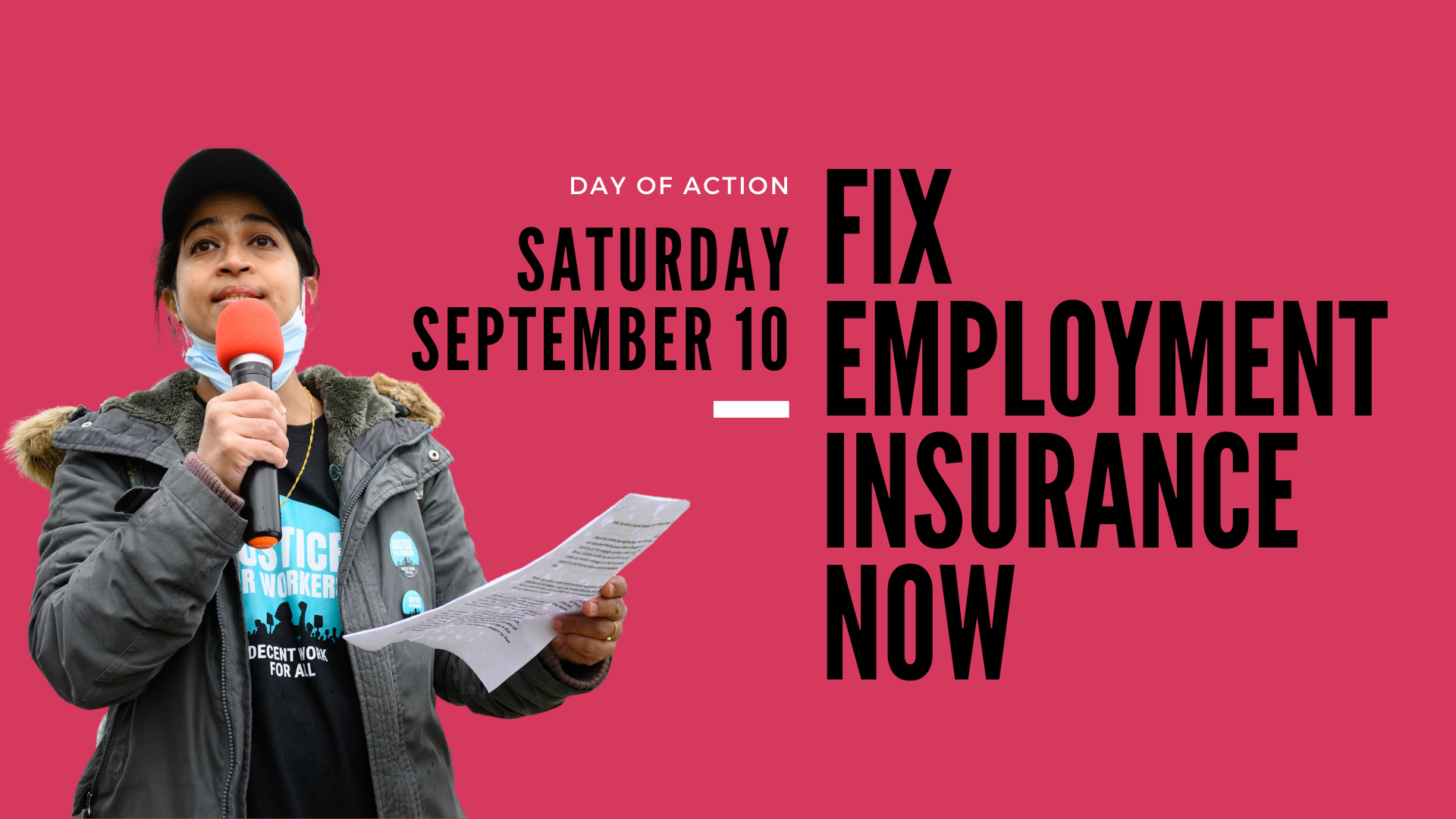 If we don’t act now, Employment Insurance (EI) is going to be much harder to access from September 25 onward.

Help us send a message to the federal government to extend the temporary measures as a bridge to permanent improvements in access to EI.

Workers are calling on the government to:

➡️ Extend the temporary measures that make it easier for us to get Employment Insurance.

• A 360-hour or 12-week qualifying rule with 50 weeks of income support
• An end to harsh disqualification rules
• Ensure migrant workers have access to EI
• End misclassification, a practice where employers falsely label their employees as self-employed independent contractors to avoid paying their fair share of EI and CPP.

➡️ Improve the weekly benefit rate and include a guaranteed weekly minimum
➡️ Fund a new, annual federal government contribution to EI to help pay for improvements, provide adequate staffing with fair pay, and ensure EI acts as an effective economic stabilizer at times of crisis.