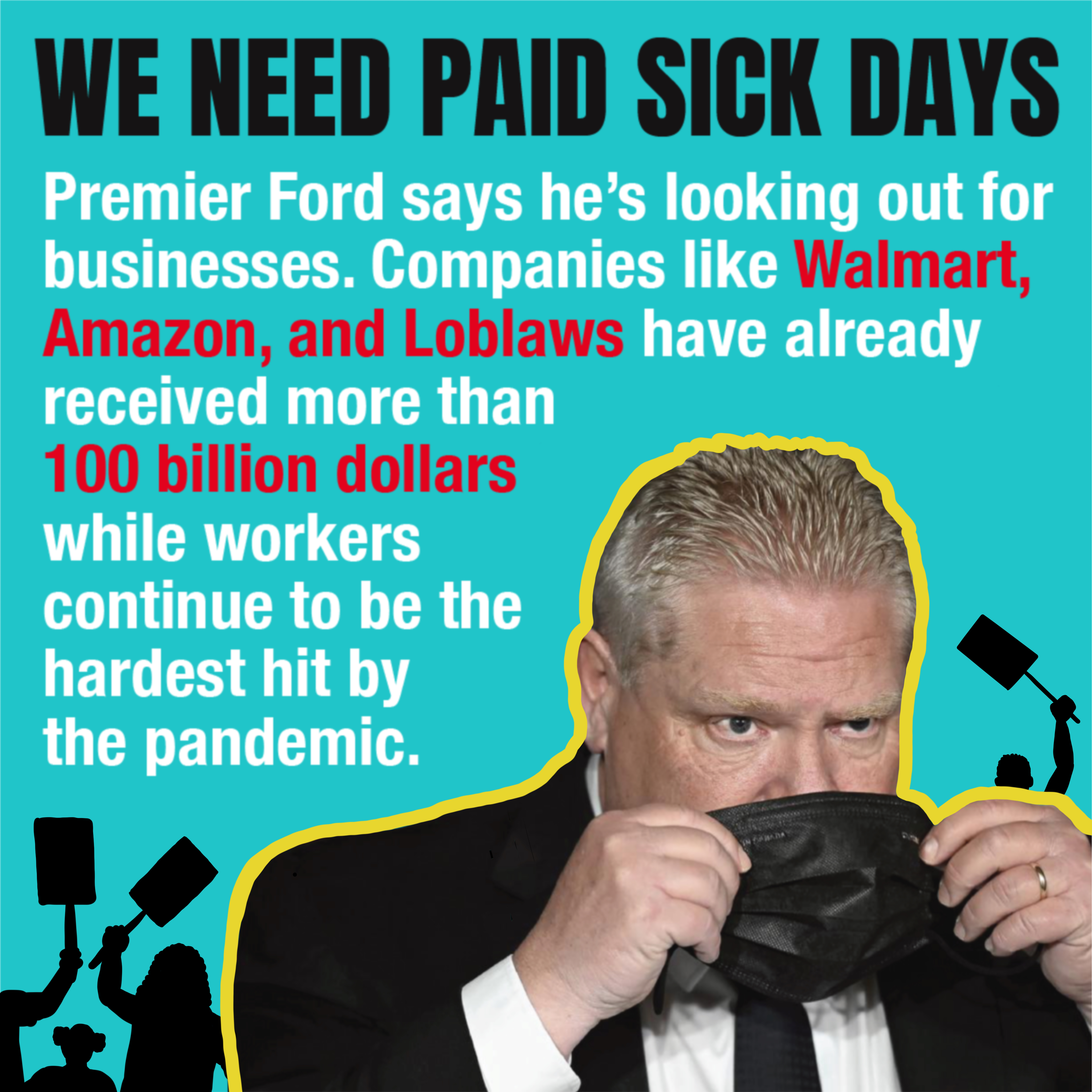 TORONTO -- The Ontario government’s Worker Income Protection Benefit (WIPB) falls far short of what health experts and worker advocates have been calling for. Even worse, the scheme provides less money to low-wage workers who would otherwise have qualified for the already flawed CRSB. Once again, low-wage racialized workers whose communities are being hardest hit by COVID-19 are being left behind.

The program is far from the “best paid sick day plan in North America” -- it is temporary until September and is only for COVID-19 related illness. At just three days, the WIPB does not offer the minimum 10 paid days that workers need - especially during a pandemic. But perhaps the most troubling aspect of this new scheme is the fact workers earning less than $23 an hour could actually be worse off under Premier Doug Ford’s WIPB than under the CRSB.

While the program shortchanges the lowest-paid workers who are least likely to have paid sick days, the WIPB represents a massive public subsidy to grossly profitable corporations. Companies like Loblaws, Amazon, and Walmart that have made billions during the pandemic must be required by law to provide and pay for adequate sick days.

The Ford government continues to ignore calls for the kind of paid sick days legislation workers and our communities need -- paid sick days that are permanent, fully paid, accessible, employer-provided, and adequate. How many more workers and children must die before Ford finally does the right thing?