Will you VOTE for decent work champions?

It's time to elect decent work champions. We know there's so much information during an election it can be a challenge to focus on the issues that matter most to us. We want to make it easy for you. That’s why we put together this Decent Work Election Toolkit that highlights important issues like: 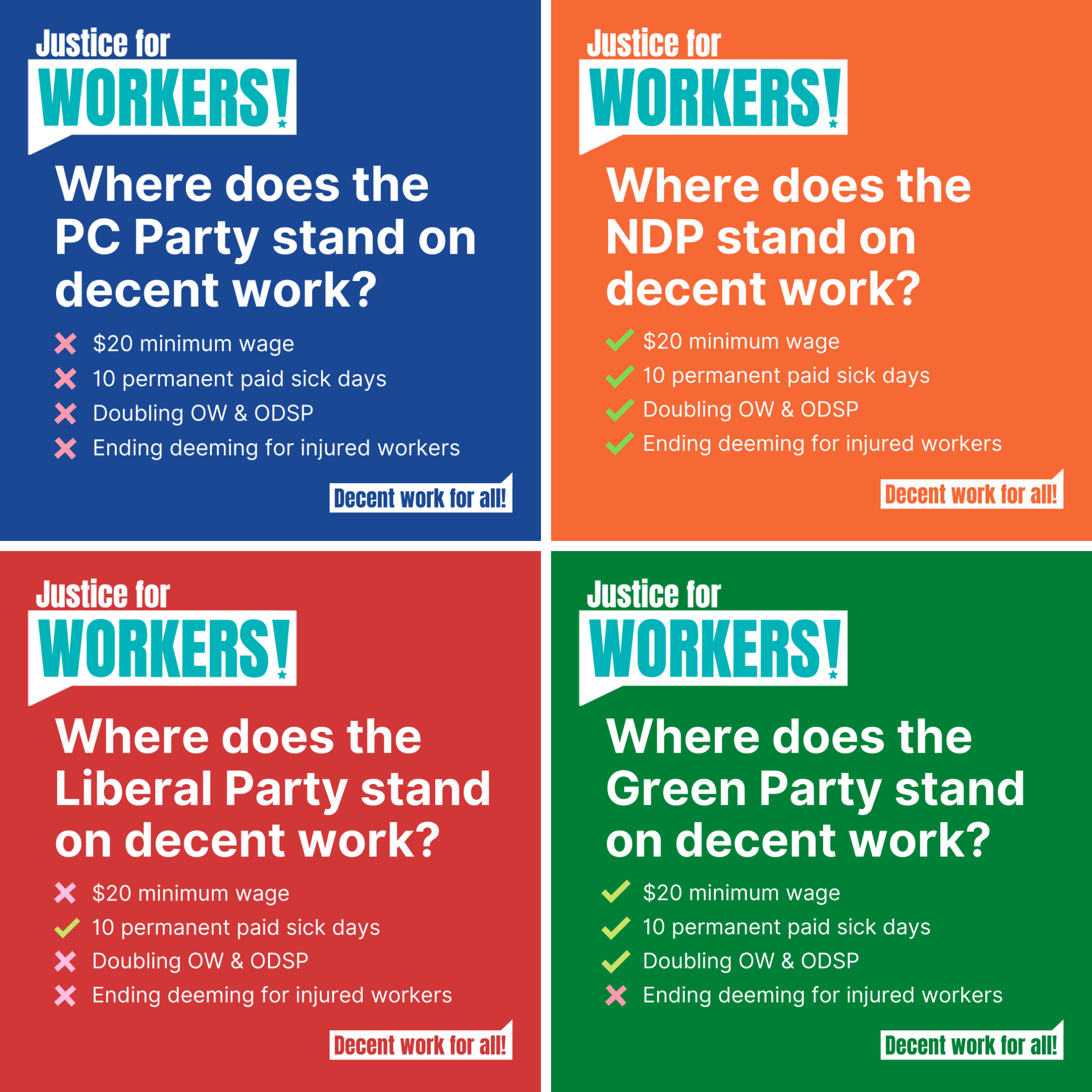 Who are the Decent Work Champions this election?

Here's the current list of candidates who pledged to go beyond the party platforms to fight for a bold vision for decent work. If you know of a decent work champion running in this election, who hasn’t yet signed the pledge, please invite them to do so.

Make a plan to vote

For many of us, it can feel like our vote doesn't matter. And after a hard day's work, a trip to the polling station may seem like just another chore. But with so many tight races underway, every single vote matters. And let's not forget: voting for decent work champions sends an important message to both politicians and pundits alike that the majority of Ontarians support stronger protections at work.

Make a plan now to vote for decent work champions. To learn more about how and where to vote, visit Elections Ontario.

No matter who wins the election, we must keep building the strength of our movement.

Don’t miss our next Ontario-wide organizing meeting at 7:00 pm on Tuesday, June 7. This meeting will give us a chance to debrief the provincial election as well as strategize about the next steps for our decent work movement.

Because of you, we've put decent work squarely on the agenda. And on Thursday, June 2, we'll be counting on you to vote for YOUR decent work champion.