Today, Justin Trudeau announced that, if elected, his government would legislate 10 paid sick days for federally regulated workers. And he would immediately convene all provincial representatives to discuss legislating sick leave across Canada.

Make no mistake, this announcement was the result of overwhelming public pressure from organizers like you right across the country. With both the federal New Democrats and Liberals now supporting at least 10 paid sick days, who will stand up for workers next?

We have a real chance to make paid sick days and other decent work issues central on the campaign trail. Join the fight and organize with us on Tuesday, August 24 at 7:00 pm. 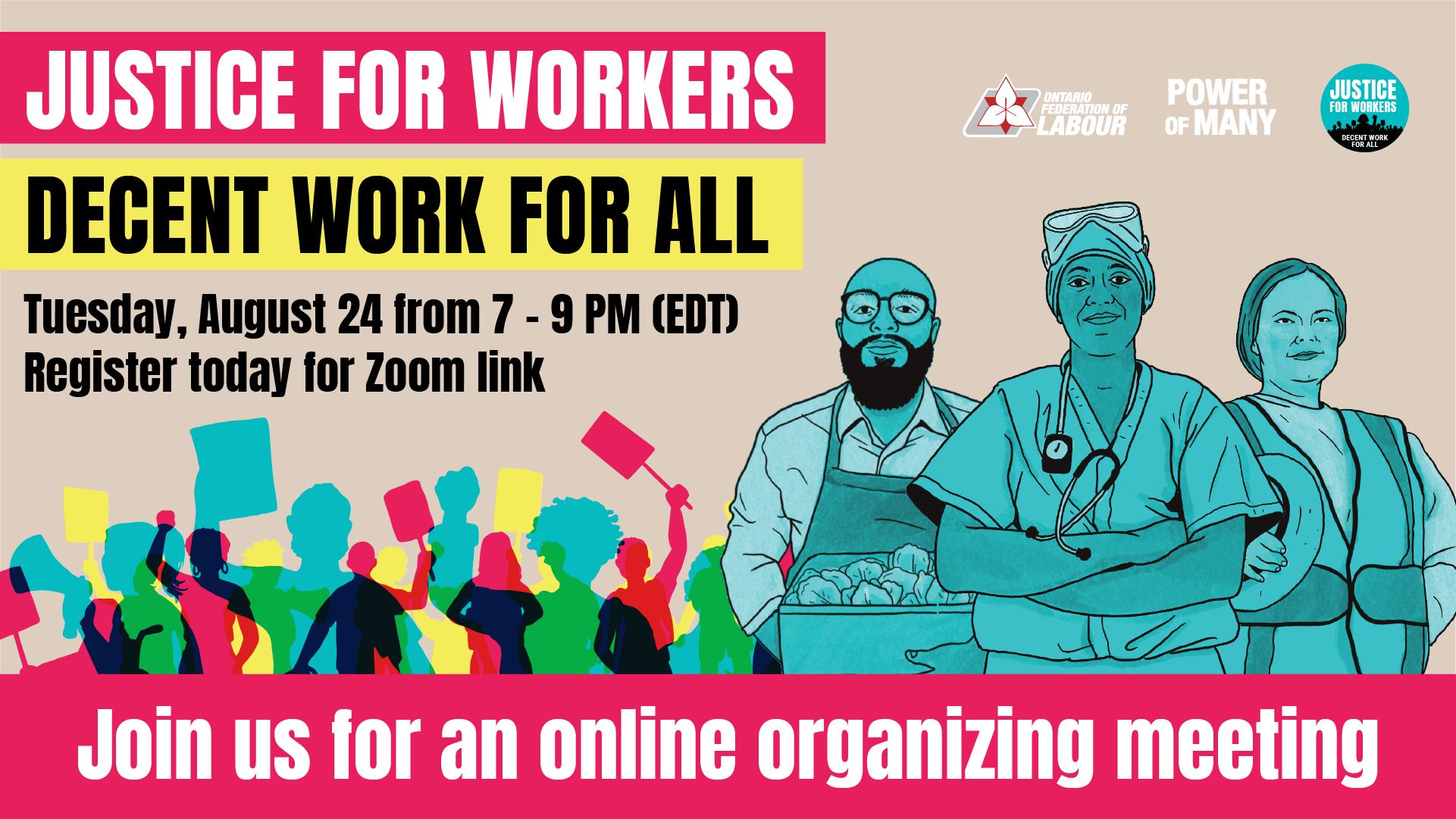 Across Canada, gig-workers' rights are under attack. Provincially, Premier Doug Ford created an “arms-length” advisory committee this summer to recommend new laws for gig-workers. But the Committee was stacked from the start with corporate interests and Conservative Party friends. Just days ago, Committee Chair, Susan McArthur, announced both her resignation from the committee AND her federal Conservative Party candidacy for the riding of Glengarry--Prescott--Russell.

That federal connection is no accident. Conservative Party leader Erin O’Toole has promised to move ahead with federal legislation that would allow UBER and other app-based corporations to opt out of the federal EI program and the Canada Pension Plan (1). Under this Conservative Party scheme, instead of the current maximum weekly EI benefit of $595, the very most an unemployed gig worker could receive is $100 a month (or $1,200 per year).

We cannot let our governments strip gig-workers of their basic rights. App-based corporations like UBER make billions by misclassifying their workers as independent business owners using terms like “self-employed” or “independent contractors”. In doing so, they avoid their obligations to contribute their fair share to EI, WSIB (injured workers' compensation), and CPP (Canada Pension Plan). This also prevents their employees from joining unions or having access to job-protected sick days.

Ford is about to cut our paid sick days (again)

While Premier Ford moves swiftly to pass friendly legislation for corporate backers, he continues to do nothing to ensure all workers in Ontario have paid sick days. Ford's temporary measure provided just three paid sick days for workers with COVID and it expires on September 25, just as the Delta variant is gaining ground and we head into the annual flu season.

Thanks to you, we have made 10 legislated paid sick days a central issue in the federal election. But it is still a shameful fact that, after 18 months of a global pandemic, no government in Canada has actually passed legislation to guarantee this essential protection for all.

We know the majority of people support decent work for all. But to turn this widespread sentiment into political action, we need all hands on deck.

This is why we need YOU at our next organizing meeting on August 24 at 7:00 pm. Meeting discussions will be led by:

With the federal election on September 20 and an Ontario election scheduled for June 2, 2022, now is the time to activate local networks.

Email us at [email protected] if you want to help organize an action in your community or host a local event.